After a particularly wet and grey winter, high temperatures and bright sun finally arrived in Seattle this memorial day weekend. I could vividly imagine the sweltering holiday traffic on the highway 2 or the I90. Nuts to that! We’ve got a canoe!

All that remained of the lower river was from South Park to the Puget Sound, a distance of about five miles, but five miles of some of the most heavily industrialized waters in the Northwest.

We grabbed an outgoing tide with pretty good timing, paddling with the current and making good headway.

Dark forests of encrusted pilings and rusting barges make up much of the shoreline. Heavy industry is king on the Duwamish.

River traffic was thankfully low, mostly a few small personal watercraft, some motorized, some not. A few tug boats passed by during the day, and at one point we had to make way for a barge.

Just past the massive Alaska Marine Lines complex we came to Kellogg Island, a non industrialized sanctuary of blackberries and scrubby trees.

We passed the inside channel between the island and West Marginal Way. Clam holes and tiny fish were abundant in the shallow water.

A mob of surly birds swarmed the muddy shoreline, persuading us to forego making landfall on this voyage.

“One time I heard about some guy named Hitchcock who got killed by a flock of birds in England or something. I ain’t taking no chances.”

Beyond the island we passed beneath a rusted bascule style railroad bridge and the soaring expanse of the West Seattle Bridge. We were now in the choppier waters of the West Waterway.

No big cargo ships were moored as we paddled beneath the looming orange cargo cranes on our way to Jack Block Park, just west of the West Waterway.

We made landfall at the park, fully intending to carry the canoe out and strap it to my van we’d parked in the lot earlier. But hell, the day was still young! 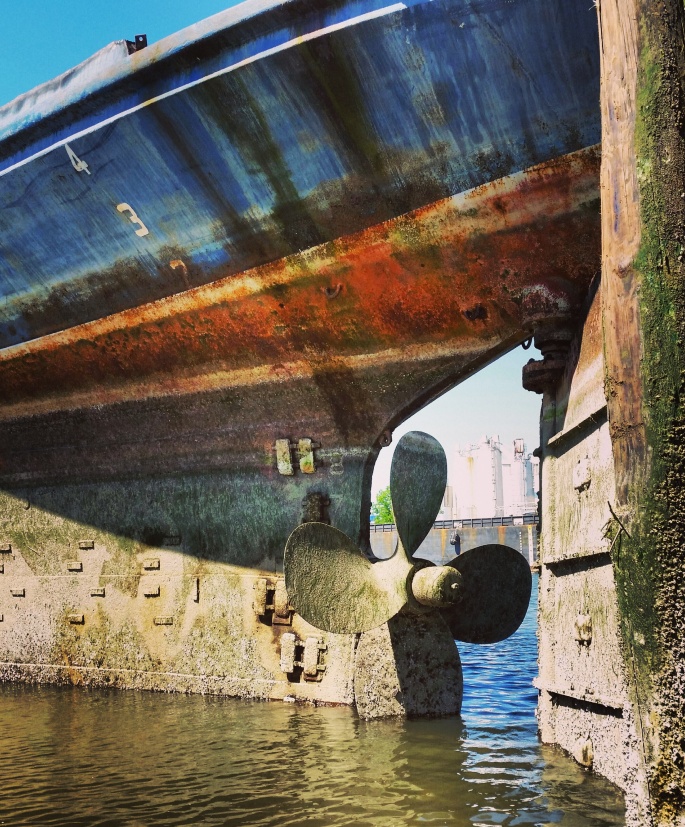 We had reached the park right at the apex of low tide and with the wind blowing south off the sound we thought “Let’s ride the tide back to South Park!”

The wind had whipped up a light chop, knocking us around and splashing water over the bow. It wasn’t hard to see the limits of canoeing on open water by way of this small demonstration.

This time around we made more of a bee line rather than explore the various slips and coves. Again we really only paddled a little, mostly riding the wind and the tide.

The sun was still hot and high over the South Park neighborhood as we dragged the canoe up the riverbank.

“Hey, wanna go get a beer at Loretta’s?” 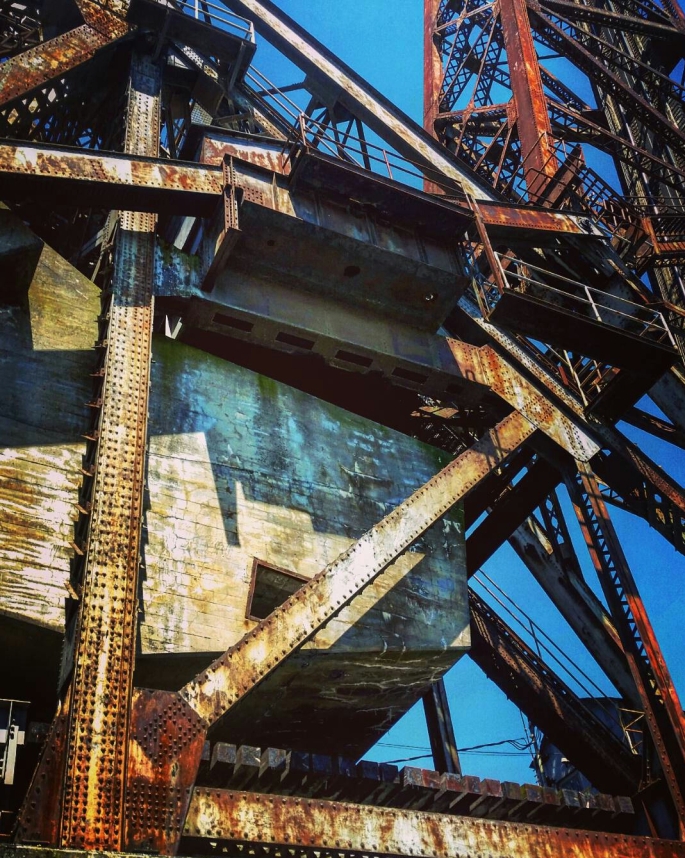 You could say that the Lower Duwamish Waterway is a very unique float. If you are a fan of grit and industry and like to paddle, I’d say this is an absolute must-do.

If grit and industry are not your thing, there is also a surprising amount of wildlife living their lives amongst the rusting barges and oil sheens.

One way or another it’s a fascinating place, and I’m sure it’ll leave any curious traveler with some lasting impressions.

…and if you play around in the mud long enough you’ll undoubtedly have some lasting conditions as well.

Obviously the tide is a huge factor on this section of river. We took the tide out, and caught it back in. Seemed to work pretty good, but I ain’t gonna tell you how to do your job.

Once you start getting lower on the river, the water gets bigger and a good chop can easily build up. Personally, capsizing in these bustling industrial waters is not my idea of a good time. Best to know when to call it!

There’s a lot of traffic on this portion of river, very big traffic. Know the rules of the water before you go!

We had a second vehicle stationed at a beach park to take out at the end of the journey, but favorable wind and tide influenced us to keep going all the way back to South Park.  The best part of options is that you can keep them open.