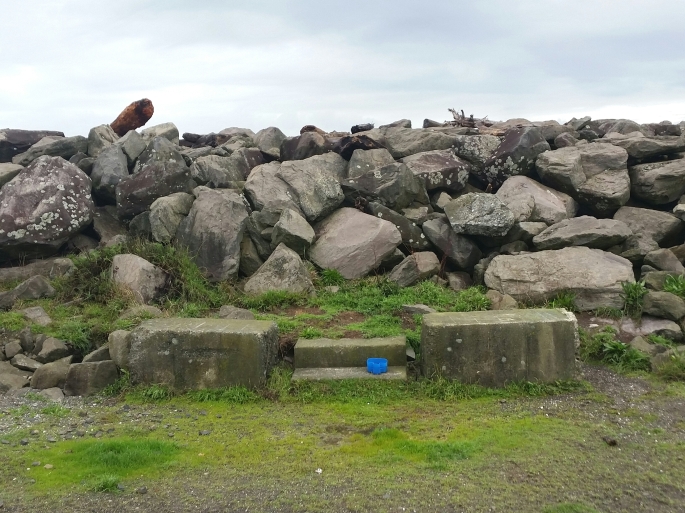 The coastal hamlet of Westport is a well known destination for clammers, fishermen, kite flyers and… cat colony fanciers?! Well this one at least!

For me, no trip to Westport is complete without a visit to the abandoned cat colony on the northern most tip of town to try and spy one of the few dozen felines dwelling within the vast seawall.

Stretching from Lost Sailor’s Memorial at the east end of Neddie Rose Drive to the Observation Tower in the west, the north seawall is home to “The Jetty Cats”.

The majority of the Jetty Cats seem to reside near the east end, closer to Lost Sailor’s memorial and the public fishing docks. There is ample parking here as well. Oh, and while you’re visitin’ the sea kittens…

The sea wall can also be a productive place to do some fishing when the tide is nice and high. Rock crabs can be abundant as well, but it can be real easy to lose your gear in the rocks…

PROTIP: The Jetty Cats can be pretty secretive, so a sighting isn’t always a guarantee, especially if you’re flailing around and yammering on. Be silent and be gentle and your chances to see one will improve.

CARING FOR THE JETTY CATS

Spaced along portions of the wall are feeding stations built and maintained by volunteer efforts.

Basically they’re little cat cafés on poles, each with a metallic anti-raccoon cone keeping unwanted guests from the kitty vittles.

Sadly, all of the colony inhabitants are abandoned pets, some of them will still even approach trusted people. A volunteer capture and spay/neuter program prevents unchecked breeding at the colony.

If you are interested in learning more or about making donations, contact the Harbor Association of Volunteers for Animals at (360) 942-4716 or write:

MOTORIN’
From the I-5: At Olympia head west on the US101. Bear left onto state Route 8, which becomes the HWY 12 as you continue towards Aberdeen. Once at Aberdeen, head south on the state route 105 which will take you all the way to Westport, follow it north through town to the Sea Kitten’s Lair.